Tim went straight from school in 1976, armed with three A-levels and scribbled lists of aircraft registrations, to Dan-Air selling charters to the brokers on Comets, BAC 1-11s and Boeing 727s. He was sent on training detachments around the airline including Gatwick Operations, Handling in Berlin Tegel, HS748 Ops in Aberdeen & Sumburgh and then assistant Station Manager Manchester.

He returned to Dan-Air’s head office in 1982 to head-up HS748 commercial, again selling charters but to a whole new set of brokers who had previously only chartered jets! It was highly successful in both the passenger and freight ad-hoc charter market.

Gamekeeper then became poacher as Tim moved in 1984 from the airline business to the venerable broker Instone Air Transport in the City of London, experiencing the other side of chartering. It was a great learning experience and was recruited in 1986 by Air London, now Air Partner, to be in charge of twelve (large jet) brokers. He went on to be appointed to the Board as Sales Director of the first aircharter broker in the world to be listed on the London Stock Exchange.

A return to the large airliner market came about in 1993 when he was taken on by Caledonian Airways, under their parent Inspirations Holidays, to run a new venture; Air Charter Travel Ltd as its MD. By 1997 this had grown to be an independent and thriving broker at Gatwick enjoying significant success in the large airline charter market.

After some forty years in aircraft chartering from both the Operator and Broker perspective, in 2015 it was time to let the youngsters take the helm as it had been a rewarding experience to see them progress. However, never one to forget his roots, “2Excel Broadsword” accepted him to join their new activity in chartering two VIP Boeing 737s with 62 business class seats.

In his spare time Tim is an avid cyclist, often seen on the roads around Kent where he lives, although he has to confess that his bike is, in fact, electric. 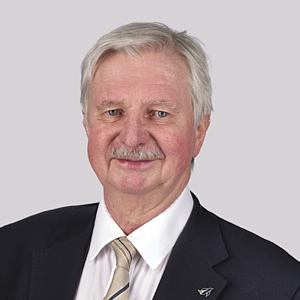