Glenn has over 17 years of experience in aircraft charter, leasing and management.  His career in aviation started when he joined ACC Aviation in 2004 and he was instrumental in helping the company grow and become one of the top 5 global aircraft brokerages.

He has worked on a wide variety of leasing and air charter projects all around the world. Initially becoming a successful ACMI leasing broker he then lead the diversification of ACC Aviation into the adhoc and corporate charter markets.

Glenn built a wealth of knowledge across all areas of the aviation business, from his hands-on commercial brokering experience to being part of the management team who carried out an equity backed MBO of the company in 2014.

Prior to his aviation career, Glenn gained a BA Honours degree from the University of London in History and Geography and held roles in a major utilities provider and a retail company.

He is a family man, with a love for the outdoors, spending some of his free time as a commissioned officer, putting the Army cadets through their paces.

Glenn, having joined The Air Charter Association in 2008, has been a supporter of the important role the association has in the future of the industry and was elected to the Board in 2017. He has chaired the Training and Events Committee, played a key role in creating of the Broker Qualification course and was elected as Deputy Chair in August 2020. 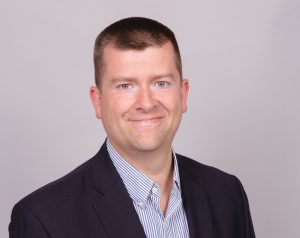