Derek Thomson is the Commercial Director and Accountable Manager for Air Charter Scotland Europe. He has more than 25 years’ aviation experience, working in rotary and fixed wing aircraft operations and sales, as well as FBO airport handling and operations.

During his time at Air Charter Scotland Derek has been involved in the transition from piston twin aircraft and turboprops, to today’s all jet fleet, ranging from the Citation M2 through to the Falcon 7X. With a now fully worldwide operation, Derek recently took over the role of Accountable Manager for the company’s new European AOC.

He has always had a passion for aviation and took his first solo flight in a helicopter at the age of 19, before going on to obtain his fixed wing Private Pilot’s Licence. 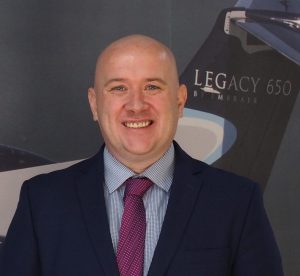