The Excellence Awards are generously sponsored by: 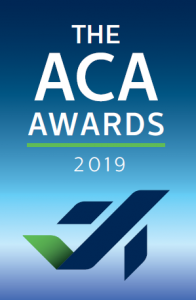 Aircraft Manufacturer of the Year Award

Young Person of the Year Award

Cargo Operator of the Year Award

Each year, we invite you to nominate candidates in each of our seven categories (listed below) now.

From 2019 we decided to change the way in which the Awards work; nominations for any aviation company around the world can be made by any person or organisation and we’ll be also be promoting this through fellow industry bodies.  You do not have to be a Member to nominate or to be nominated.

A shortlist in each category is drawn up and then Members, together with a panel of independent industry experts from aviation trade associations around the world, vote on the nominations.

The votes of the independent industry experts will account for 60% of the overall vote and the remaining 40% to the Membership.

You can nominate candidates online and don’t forget to send us your supporting text for your nomination.

Young Person of the Year (sponsored by TAG Farnborough) – your nomination should be made for any young person (25 or younger) – perhaps within your organisation or elsewhere – who you feel has developed or progressed significantly within the aviation industry, or who deserves credit for other reasons. This could be a great opportunity to give a boost to one of your team, and show your appreciation! We are really looking for someone who stands out as a shining example to their peers and to the market.  Someone who has perhaps shown amazing and tangible initiative or creativity or has really stood out by providing exemplary service and commitment.  The Council will select a winner from your suggestions, and the result will be kept confidential until the Luncheon.  Any nominations should be accompanied by an explanation as to how and why they are the right person for the award.

Chairman’s Award (sponsored by Titan Airways). This category is a great chance to give credit to an individual or team who has made a significant contribution to aviation in any way. It is a ‘Personality of the Year’, ‘Hall of Fame’ and ‘Vote of Thanks’ all rolled into one. Who do you think deserves special thanks or appreciation? This is not restricted to members of the association as recipients.  All that we ask is that you choose a person or group who stands a chance of being able to turn up and receive the award, and who would really deserve and appreciate it! Send us your suggestions, and the Chairman will make the final decision.

(NEW) Sir Michael Marshall Diversity in Air Charter Award (sponsored by Cambridge City Airport). This new award category has been introduced in memory of Sir Michael Marshall CBE DL who sadly passed away earlier this year. This award recognises an individual or organisation for demonstrating outstanding commitment to diversity or accessibility in the aviation industry. Please enter the name of your nomination below for consideration. Supporting information can be included in the box or if you wish, you may email it directly to info@theaircharterassociation.aero