Born in the United Kingdom in 1946 and married with one daughter, Nigel has lived on Montserrat for more than 25 years.

Following a successful period in Sales and Marketing Management with multinational companies, Nigel obtained his Airline Pilots Licence in 1979 and then went on to become the General Manager of Royal Jordanian Airlines based in Amman, Jordan.

In 1983 Nigel formed the London Flight Centre Group, initially owning four flying schools, and an air taxi company.  As the business developed, the company grew into a Regional Airline, operating turbo prop aircraft as a franchisee for Regional Airlines, a part of Air France.

Nigel has logged some 20,000+ hours of flying experience, is a UK flight examiner, and has nearly forty years experience of managing, owning and operating Regional Airlines throughout the World.  Nigel sits on many prestigious committees, and has been twice Chairman of The Air Charter Association.  Nigel is a Liveryman of the Guild of Air Pilots, Master Pilot, and has the Freedom of the City of London.  He sits on Government advisory committees on Aviation.

During 1989 Nigel and his wife Shelley formed Montserrat Airways [trading as FlyMontserrat} with two Islander aircraft, operating scheduled services and charter flights throughout the Caribbean.  The company today has three Islanders and still operates from Montserrat with scheduled and charter flights, as well as providing a vital air ambulance service for the Islands.

FlyMontserrat operates under the gold standard United Kingdom Regulator with a UK Air Operators Certificate.  It is well resourced and wishes to expand further into the Region with more niche scheduled routes.  The company is actively looking for new business opportunities.

Nigel has an established Air Charter Broker business, specialising in the Caribbean. 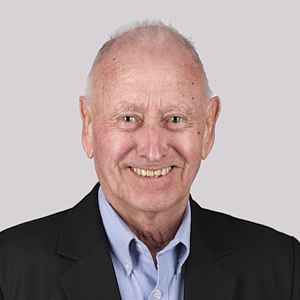